The transepts of St. John’s provided us with an excellent opportunity to expand the soundscape of the organ out into the sanctuary.  Just behind the transept on the left side is the swell chamber, and on the right, what was once intended to be a pipe choir chamber.  When designing this system, we envisioned what the organ would have sounded like and what stops would be heard from each of the locations just behind the transepts, if real pipes had been installed.  With this in mind, we decided to utilize the space high into the pitched ceiling.  By placing speakers, and having the choir and swell speak from these sections, as well as from the plaster filigree areas in the front, we will be able to take Viscount’s Physis® Technology to new heights figuratively and literally.  This particular technology by Viscount recreates pipe sound waves 3-dimensionally through multiple speakers.  Something not possible with traditional sampling technology. 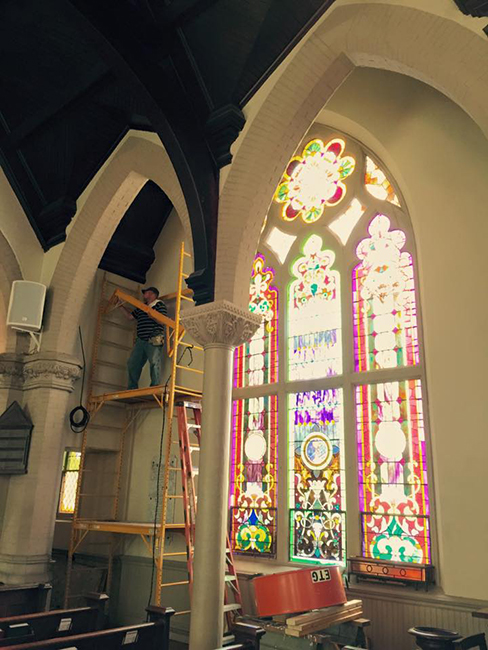 We started with 3 bucks of scaffolding, but went above 5 at the highest point.  It had to be moved with each speaker and heightened in order to accommodate for the pitched roof. 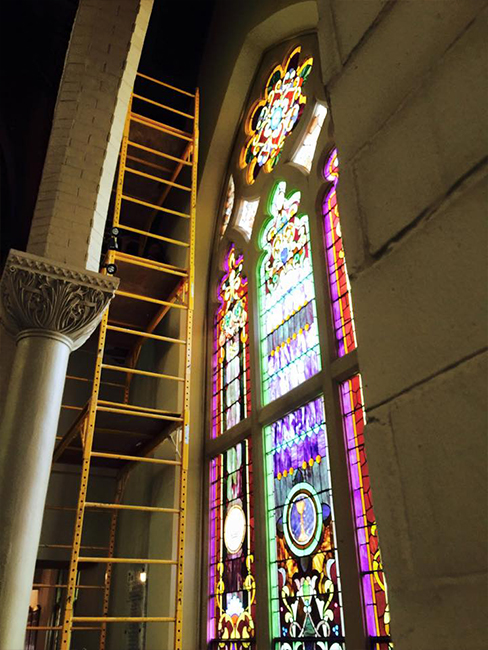 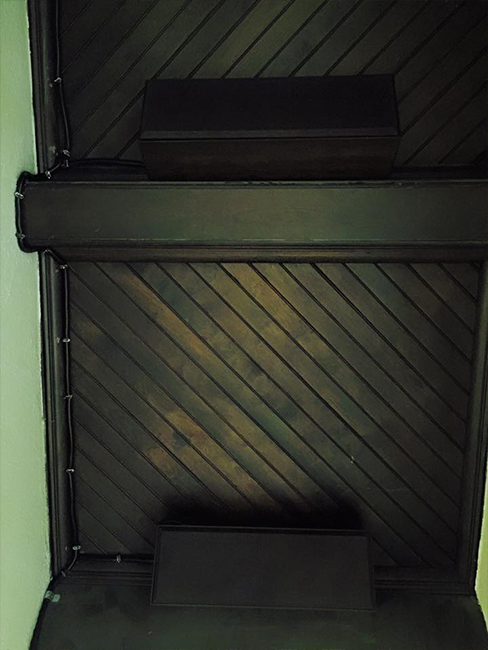 Here is an upclose picture of 2 of the 4 total speakers in each transept.  We painted each wire tack during installation so they are now totally invisible.  There is a bit of an optical illusion happening with the camera that makes it appear these speakers are not mounted at the same angle.  We assure you there are both the same!  The speakers cannot be seen from the floor without someone pointing them out. 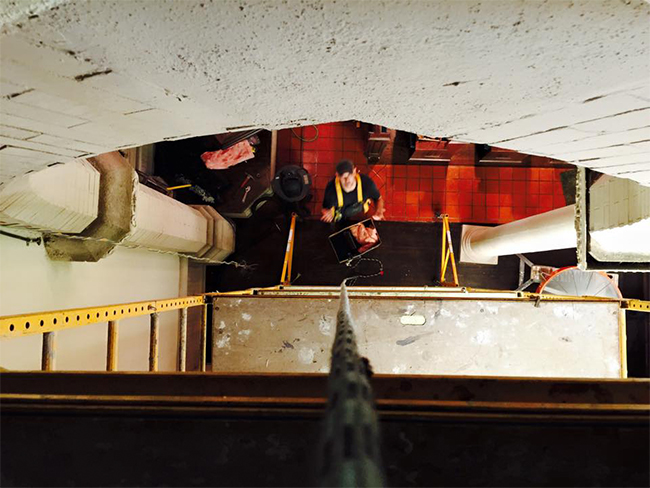 The heat was intense the higher we went.  We were relieved when the final speaker was mounted and wired in the transepts!